A few weeks ago, I visited my parents’ house, as I have done every afternoon for the last five years since I returned to my town, among other purposes, to accompany them on the journey of their autumnal years. It is the obligatory date of two octogenarian people with their eldest son.

I usually arrive at sunset. Invariably, my dad welcomes me at the entrance, after the greeting, he tells mom of my arrival and runs to the kitchen to offer me a bit of the day’s lunch that he usually keeps for me to contribute effectively to my overweight and boast that he is a better cook than my wife is. It is like a ritual.

That afternoon, as she left her room, I could perceive the painful effort my mother made to walk each step, still leaning on the walker she has been using for some years and I felt very sad to see her like this. That day, more than any other, I was aware that my mother was getting older, as if years had come down on her.

All her life she has been vital, hardworking, generous, she has a strong and firm character, which contrasts with her short height. She married my dad very young and has shared her life with him for more than fifty years, with her ups and downs, always by his side, unconditional and diligent.

Between laughs and stories, my dad commented that Mother’s Day was near and that it was necessary to think about the preparations to celebrate it. After Christmas, that was always the most special party for him, he was almost devoted to celebrating it. When we were children, he worked hard to make that day something extraordinary. He took care of every detail of the food, he bought the best Israeli wine that he found in the street market of Maicao (a commercial city on the border with Venezuela), he selected music from Los Melódicos and Billo’s Caracas Boys and at the end of the day, we delivered to my mother the gifts that he had previously bought, packed and assigned to each of the four children to entertain her.

When I was ten or eleven years old, one Mother’s Day precisely, a thought settled in my head that disturbed me excessively: Why, if it is Mother’s Day, does my dad buy the gifts? I shared my concern with my brother Aarón, who gave me an overwhelming and conclusive answer, a style that he maintains to this day: “Because my dad is the one who earns money”.

Despite the answer and its unquestionable logic, the matter continued to haunt my mind for some time, until I could envision a solution: I had to earn money for myself. Easy, that put everything in order; the minor drawback was what a kid at that age could work on. The following days I dedicated myself to thinking about how to earn a few pesos, I had decided that I would buy the next Mother’s Day gift with the money obtained from the sweat of my brow.

It was not easy at all, but after a while, I found an activity that I could do in the afternoons, after completing my homework, but it had to be a secret; my parents would never approve my new work activities.

At that time, no street in Fonseca was paved, except for the national highway, which crosses the town from east to west. The fronts of the houses got overgrown mainly in the winter and their owners had to keep them clean as required by the local government, at the risk of being fined by the municipal authorities if the order was disregarded, so I armed myself with a shovel and hoe and offered my services to clean fronts of houses at an unbeatable price. The earnings from my first week of work were the fantastic sum of one peso and fifty cents, a fortune for a boy my age in the year nineteen hundred and seventy-five.

Happy, I visited a well-known home and beauty store; actually, it was the only one that sold fine merchandise brought from the Caribbean islands. The money was enough to buy my mother a nail polish, some eye shadows and a box of face powder, all of a good brand, I even had some coins left over with which I bought sweets in the traditional store of Cicerón Tovar, the legendary Constantino Román of some of my already published works.

Excited, I ran home, I imagined my mother’s face on the way; She is white, from Bogota (cachaca in colloquial), when she gets emotional or angry she turns red like an apple. It was not Mother’s Day and I assumed that the excitement of the first gift from her eldest son would drive her crazy with happiness, I made a wrong calculation.

When I opened the bag with the gifts and handed them to her, she did indeed turn red, but not with happiness; between hysterical and anguished she called my dad and showed him everything I brought her. Without understanding why, in the next few minutes, my dad, sweaty and obviously upset, questioned me insistently and earnestly about where I had found those things or who had given them to me. I did not know what to say, I never contemplated that situation. After a while, I had no choice but to confess the whole truth: I am cleaning the fronts of the neighbors’ houses. Their reaction was disconcerting, they were greatly ashamed that their eldest son worked with shovel and hoe; so, after a severe reprimand, it came the resounding order not to do it again.

After a few days, I realized that my mother used the products I bought for her and whenever she did, she asked my father how she looked with the note in the margin: “This is what Jorgito bought me.” Although the beats hurt me for several days, I was satisfied, proud and above all happy, I had discovered that what I heard my father say so many times was true: “That money is made by working” and I was fascinated with that reality.

Needless to say, I never obeyed the order of not cleaning more fronts of neighboring houses; every afternoon, I managed to work on one or two without being seen. For some months, I kept it from them, but mothers cannot be fooled, they come with a built-in clairvoyant chip, and mine had two. With some regularity, I gave her a gift that she accepted blushing and thus I learned two other important lessons: how to please a woman and the fine art of blackmail

She persuaded my father to finally accept my entrepreneurial activities with the argument that “It is better he works and learns from a young age than he becomes a lazy.” With the paternal consent then and the warning not to neglect my tasks, I became the gardener of the neighborhood most of my childhood.

I liked to see my mom’s face light up when I gave her something. She was, she is beautiful, her laugh is contagious and her manners very fine and elegant. When she got married she had no experience in household matters, but the task was not too great for her. Imperfect and bad-tempered, but she is my mother, the first friend, the first teacher, the first love. With her, as a child, I danced the songs that sounded on the radio at Christmas; when she asked me to accompany her to the street, I held her hand proud of her and if someone dared to look at her more than twice, I enraged with jealousy.

She raised me with discipline and values; she taught me righteousness and integrity. She has never tolerated bad things and when the pranks merited a reprimand or the imposition of some punishment, they were applied more severely to me, a kind of privilege for being the eldest son, I think.

No one taught her to be a mom, but she did well; her discipline assistant was a plastic flip-flop that she left marked on my legs many times. All my life I have thought that her favorite sport was hitting me with that flip-flop or whatever she had in her hand, so much so that when she didn’t do it anymore because I grew up, she got sick; but how much I have been grateful for every flip-flop, every reprimand, every punishment.

That afternoon, from the backyard of the house where I lived the happiest childhood, when I saw her almost dragging her step by the weight of the years that seem borrowed, rushed to attend her son’s visit with emotion, I thanked God and life, for the mother He has allowed me to enjoy until today and I appreciated so much having learned, from the distant years of my childhood, that every day is the day of my mother, my father, my family. I don’t need a calendar suited to commercial or religious interests to tell me when Mother’s Day is; for me, today is the day and tomorrow too. The party is not determined by a date, every day I have a party in my soul, for her, for everything, today is Mother’s Day.

Born in Bogota on February 12, 1965. Lawyer, Specialist in Criminal Law and Criminalistics. Professor of Procedural Law, Criminal Law, Investigation Methodology and Legal Argumentation; Personal Growth and Leadership Speaker. Theologian, Politician and Entrepreneur. He is married to Silvana Cohen and has five children and three grandchildren. Founder and Director of Veritas Magazine, focused on Theology. Manager of Ondas de Restauración and RPV Mundo, online radio stations focused on spirituality and culture. He dabbled in literature from a young age. Writer of prose and poetry, which has combined with articles on Law, personal growth and leadership.

It may interest you … 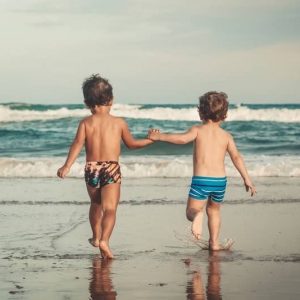 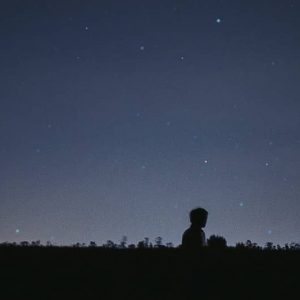 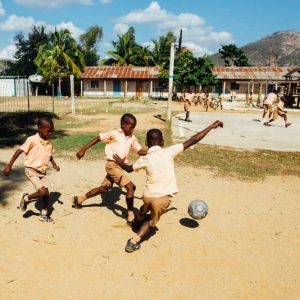 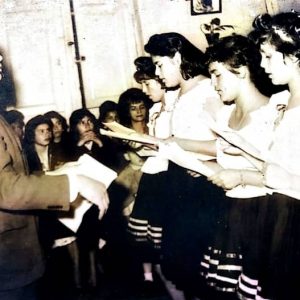 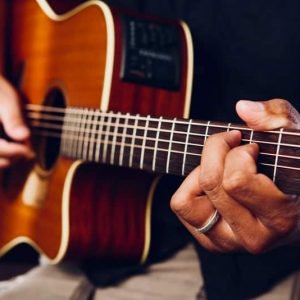 The miracle of the red guitar